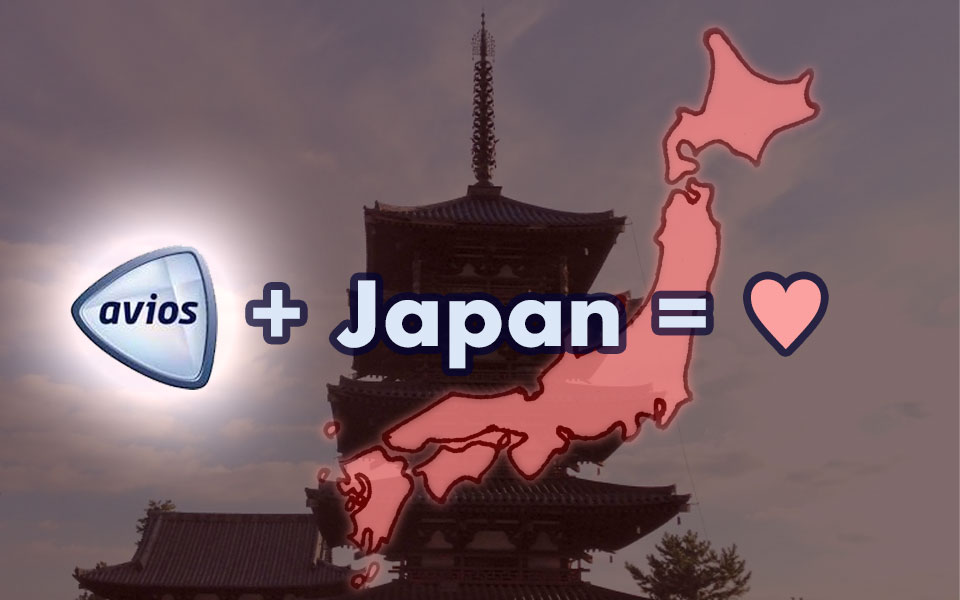 Living on the west coast in Vancouver has its perks. We may not get all the great redemptions to Europe, but we do have some great options to Asia. One of those great flights is a direct flight to Tokyo (Narita) on Japan Airlines. Why is this such a great route? To know why, we first need to understand Avios for Canadians.

The Ease of Avios for Canadians

Japan Airlines is part of the OneWorld Alliance, along carriers like Cathay Pacific, British Airways, FinnAir, Iberia, Qantas, Qatar Airlines, American Airlines, and a few others. They may not be as expansive as Star Alliance is, but they have some solid carriers with some great premium cabins on flights.

For Canadians any carrier allied with British Airways is great as it’s one of the points currencies that is easy to earn ( along with Air Canada’s Aeroplan miles ). There are multiple credit cards and transfer partners available to Canadians for collecting Avios. American Express and RBC Avion points both transfer their points 1:1 to Avios and despite a recent (modest) devaluation, British Airways Avios still have quite a bit of value.

Avios are a little different from Aeroplan points in that you pay for each leg separately. Each leg of a journey is priced in points separately and is divided into zones ( it reminds me of London’s Transit system). As you can see from the chart below there are some interesting consequences of this kind of system.

* North America flight start at zone 2, so you can combine these two zone, meaning the lowest redemption is 9,000 points.

As you can see from the chart above, there are some uneven jumps between zones. For example, you’ll need 20,750 points to fly a Zone 5 distance (over 2000 miles ) compared to a Zone 4 flight (13,000). That’s a 60% jump when you cross that threshold. If a flight sits near the top of its threshold it’s usually a pretty good value. YVR-LAX is a pretty good redemption as it’s 1080 miles according to gcmap.com. That puts it in the lowest tier of redemptions, which is great for two reasons:

1) YVR-LAX one of the few routes that American Airlines flies from YVR
2) Using Aeroplan points would cost 12,500 miles

The only downside of YVR–LAX is that flights are usually pretty cheap as there’s lots of competition on this route… and American Airlines flies a small Embraer E-175, which doesn’t have all the amenities of a larger plane and can feel cramped.

What about crossing the Pacific?

One great redemption is Japan. Tokyo, Nagoya, and Osaka are are 4,674, 4,859, and 4,952 miles from YVR. This makes them only 25,750 points. An equivalent flight will usually cost 37,500 aeroplan points. JAL only flies to NRT, but if one day they opened up flights to Osaka or Nagoya, that’d really open up more options.

This is a great redemption for a couple of reasons, but one of those reasons is that is sits JUST under the 5,000 mile threshold, which means it’s 25,750 Avios to get to Tokyo from Vancouver in Economy. This compares to 37,500 Aeroplan miles.

Although it’s fewer points, you have to remember that programs like Aeroplan allow you to have a stopover (or two) which means if you’re so inclined you can end up visiting more than one location. With Avios, you’ll pay for each segment. However, there’s good news. Flights within Japan are frequent and low-fee.

Most flights within Japan will be 6,000 or 9,000 in economy. JAL doesn’t usually open up domestic business class to OneWorld, but it’s a short flight anyhow. This opens up some creative journeys if you want to visit a few different locations in Japan. You can stop for as long as you want and since it’s so low fee, you don’t have to worry about seats being available when you book the long-haul flight. Just book each flight separately when you see availability.

For example, you could fly to Tokyo, spend a few days there, jet off to Osaka to see the cultural centre of Japan in Kyoto and Nara, and then take a flight to Okinawa to experience the Japanese equivalent of Hawaii, or Sapporo for its temperate summer and snow festival in the winter. A lot of people will fly between Tokyo and Osaka and while that will only set you back 6,000 points, I actually would NOT recommend it, unless you’re going there straight from the airport. The bullet train is faster when you take into consideration travel times, and FAR more comfortable and I’d include the journey as part of the experience of visiting Japan.

Getting Creative in Japan.

Rather than just use the plane to go to Osaka, let’s stretch our imagination. How about the sub-tropical triangle of Fukuoka and Okinawa.

You just added 3 different destinations in Japan and yet still, a return trip will only cost you 72,500 points. That’s close to what you’d pay in Aeroplan points ( 75,000 ) but with greater flexibility when it comes to stops and open-jaws. Stop however long you want in each place.

But let’s get a little more creative. How about we hit Vietnam, Hong Kong, Taiwan, and Korea. That sounds ambitious and expensive. Is it?

Those trips are starting to add up now, 94,500 miles. An Aeroplan redemption to Vietnam would cost 90,000 miles, but you wouldn’t get the same flexibility. You may have noticed that there’s actually 5 stops and an open-jaw in Korea. Trains between Seoul and Busan are pretty inexpensive and you’d get to see more of the country that way.

We could even push the limits of those zone 1 flights. How about a quick stop off in Vladivostok, Russia stopping Korea along the way. Vladivostok isn’t a place that many people have been to but that makes it even more interesting. How could we incorporate that itinerary and MAXIMIZE those short haul trips?

After arriving into Narita, grab a flight to Busan. Spend some time there and grab a train to Seoul to check out the capital. Hop on over to Vladivostok to check out Russia’s most Eastern city and then on back to Osaka to take in the ancient culture of Kyoto and Nara, finishing off with an optional flight back to Tokyo ( or just take a train ).

I hope you can see that using Japan as a jumping off point for Eastern Asian adventures can be a great idea if you’re flying in from YVR or Seattle. With a little planning, you can get pretty creative.

I’d love to know what itineraries you come up with.