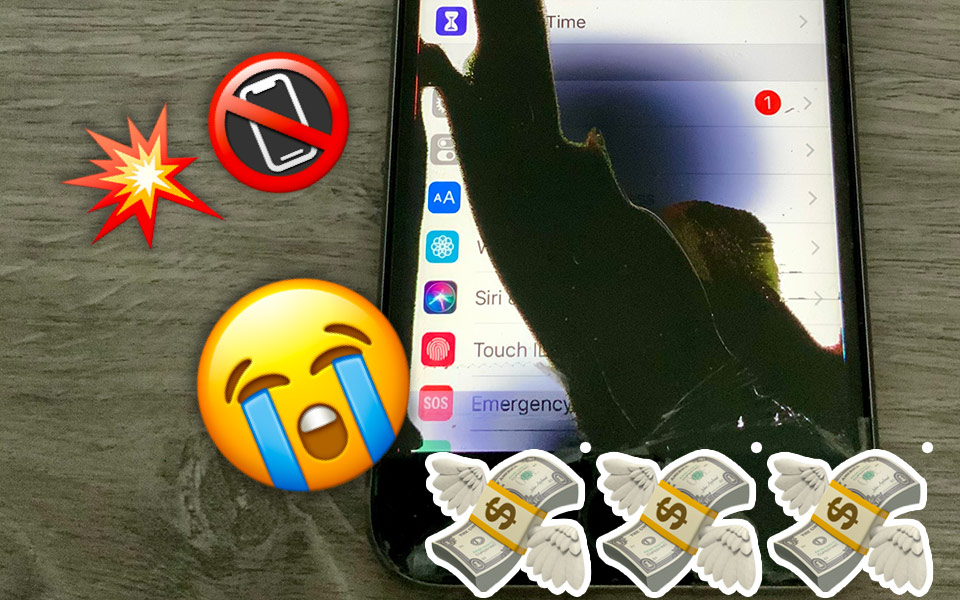 Insurance is a multi-billion dollar industry for a reason. People generally make decisions with involve fear emotionally. People buy insurance and yet how many times have you heard people complain about insurance. They either feel they were ripped off for not having used it or they feel like the insurance company should have paid more than they did.

Insurance is complex and with complexity comes opportunity. Unfortunately the opportunity is usually in favor of those selling insurance. You see, insurance companies are all about math. They simply hire a really smart analyst to evaluate the probability of something happening, then they have one of their lawyers go over the policy to make sure there aren’t any crazy loopholes and then set a price.

At this point I could go over why I think most people have TOO much insurance but instead I’m going to focus on a positive experience and KNOWING what you’re actually covered for.

Picture this: Your backpack containing your 2-month-old iPad Pro slips off your shoulder and thuds 2 feet to the ground. After you open up your bag, you’re relieved to see the screen is intact. There’s a teeny tiny dent but you can live with that. Later, you realize that this little bump has warped the camera module JUST enough to somehow make the FACE ID sensor no longer work.

You take it into the Apple Store hoping they don’t notice the dent or hoping that they’ll overlook it and replace the device on warranty. They notice. After lecturing about how buying additional Apple Care+ Insurance would save you money they come back to you with the bad news. Fixing ( or rather, replacing ) your device will cost $649. They then again say that if you had purchased Apple Care + for $149 it would only be $49, but they can’t add it to an already damaged device.

On the surface, it sounds like Apple Care + is a good deal, but let’s analyze this for a moment, shall we?

A new iPad Pro costs $999 for the base model. Adding on Apple care on the assumption that you will break it adds on 20% to the purchase price and gives you coverage for 2 years. And you still have to pay an incident fee of $49 each time you break something. It’s not a terrible deal if you know you’re going to break it, but still, you’re paying $150 to potentially save $400. In other words, you’re prepaying for a repair that you might not need. You get the repair at 25% discount.

With AppleCare+ you’re spending $150 to buy a 75% discount off of a repair that you might not need.

Another thing to think about. You can ONLY replace the device with the exactly same device. You can’t upgrade towards a newer model. It’s a like-for-like swap. If you break that iPad two years from now, will it still be worth the same amount of money?

I’m not saying Apple Care+ is bad. It’s actually a pretty decent policy and is super convenient. Some people who get Apple Care just take the “broken” device in due to accidental damage near the end of the term and end up with a brand-new ( well completely refurbished ) device free of scratches in *mint* condition free of any defects, battery wear, and scratches. In those cases, it’s basically extending the life of your device for a 20% premium as well as protecting you against issues for 2 years.

Personally, I’ve never purchased Apple Care+ and although I’ve had cracked devices it’s always been near the the point where I want to get a new device anyhow.

Accidents DO happen. And if you buy Apple Care, the best you can hope for is accidental damage about 6 months to 1 year in. You then still have peace of mind for one more incident before your insurance expires. But if you do NOT have Apple care, what are your options?

One of the perks of some cards is that they offer Purchase insurance. For example, if you purchase something, they may double your warranty, or perhaps they’ll offer some other protection.

With the rise of expensive portable computers in your pockets (aka Smart Phones) we have seen a rise in specific insurance for these things. The insurance industry is usually pretty quick to exploit emotional connections people have and people really love their devices. With that in mind, some card-issuers have been offering “device protection”. If you buy your expensive device with their credit card and it breaks, they’ll compensate you… for FREE. That sounds great, another way loyalty to a credit card is rewarded! What’s the catch?

Too good to be true?

Most people will look at that and say, FANTASTIC… I’ll buy the device with the card and now I don’t mind paying the annual fee (to keep the insurance going) and get the card. So, let’s assume you’ve broken your $999 iPad. How does that work?

For starters, when you press learn more, there are a few conditions. If you bought the device outright, it has to be 100% paid on your card and it only covers up to $1000. This is obvious. $1000 is about $30–40 in merchant fees to a card company after all. That’s what’s partially paying for the insurance. An interesting additional nice note is that if you’ve bought the phone subsidized on contract, you’re also covered ( assuming you pay ALL your bills on your Scotia Bank card ). In the case of our iPad, Apple’s charging $649 + tax to replace it out of warranty, so we’re still good. But how about the details?

The nitty gritty. How does this work?

In order to see how it all works, we have to do some leg work. We’re going to read the certificate of insurance. Yes, I know it’s boring, but is it worth $649 to you? I’ll just highlight the points that stand out to me.

Coverage is pretty standard, though I found that it doesn’t take effect until 30 days AFTER you purchase the device or the first date of your bill. You’re not covered from day 1. Take the first month easy, and if you’re clumsy, BE extra careful. Maybe leave it in its box for the first week as you shop for a new case to reduce risk, if you’re so inclined.

Coverage ends after 2 years from purchase, OR… the FIRST bill that you do NOT use your Scotia bank credit card to pay. It doesn’t specifically say you need to pay your entire bill with the card, but still… keep that in mind. It also terminates when you cancel the card or if you miss a minimum bill payment and the account is no longer in good standing. So, if you want coverage, you gotta keep paying those annual fees.

You’re not quite out of the woods yet. Scotia bank includes a depreciated cost and a deductible when calculating a cost. They do a good job of explaining this in their document so I’ll just apply their example directly to our iPad scenario.

For example: If You purchase a new Mobile Device for a Purchase Price of $1118 ($999 + $119 in applicable taxes) on May 1, and file a claim on January 21 of the following year, the maximum reimbursement will be calculated as follows:

What’s the result? Is it worth it?

In this case, the MAX payout is $740. If, for example, the incident happened at 18 months, your max payout would be about $539. Remember though, that you probably have paid an annual fee at LEAST one time, and while that annual fee gives you other benefits, if you’re ONLY keeping the card around for the insurance on a device you bought, you have account for the annual fee when determining value. So, let’s reduce that by another $120 which is the going rate for many premium credit cards.

If you’re ONLY keeping a premium card for its insurance… then you have to account for the cost of the annual fee when determining true value.

Our iPad Pro 11″ repair/replacement will cost $649 + tax so it looks like we’re pretty much fully covered, just barely. If the device was stolen, we’d get $740 towards a new device, which is better than Apple Care+ which (by default) doesn’t cover you for theft and loss. It’s an optional purchase in the USA, but not available in Canada. Apple is in the best position to remotely disable stolen devices, so this is kind of annoying that they don’t cover theft in their plans… or charge a higher price and a higher deductible.

But are there caveats?

If you have house insurance… your credit card coverage may only cover… whatever your home insurance deductible is.

Last year I dropped my iPad Pro. It was a 2018 iPad Pro which cost around $1300 CAD after taxes. The drop wasn’t a really bad fall… but it dented the metal in just the right spot ensuring FaceID no longer works. It was really frustrating. However, I had made the purchase on my American Express Business Edge card, that card had device damage coverage for 90 days. I filed a claim. The agent went through all the particulars of the claim and I was required to get a quote from Apple to fix the device. Apple doesn’t fix physical damage, but rather, replaces devices with refurbished ones. The cost to do this out of warranty ( as it was physical damage ) was $649. However, the card insurance company required me to file a claim with my home insurance first. As it turns out, my home insurance covered the device ( again for $649 ) and I just had to pay a $250 deductible. SO… this card REALLY only had LIMITED coverage… for a VERY limited time period… and still only covered $250.

In the end, the insurance company ended up writing a check for the entire $649 anyhow and, well, I haven’t got around to replacing the iPad… and have just been living with entering a passcode instead of using the FaceID authentication system. It worked out for me… but remember that I fell into this very niche area with the perfect circumstances. I broke the device within 90 days, the amount didn’t exceed the maximum claim of $1000, and I had had the foresight to have paid for the claim on this credit card.

In the end, this insurance is nice to have but you have to know the ins and outs. Insurance companies RARELY go bankrupt for a reason. You can avoid paying for Apple Care+ or other specific insurance and still be covered, but you also need to look at the specifics and details to make sure that you’re covered, and see if the insurance is really worth it in your specific case.