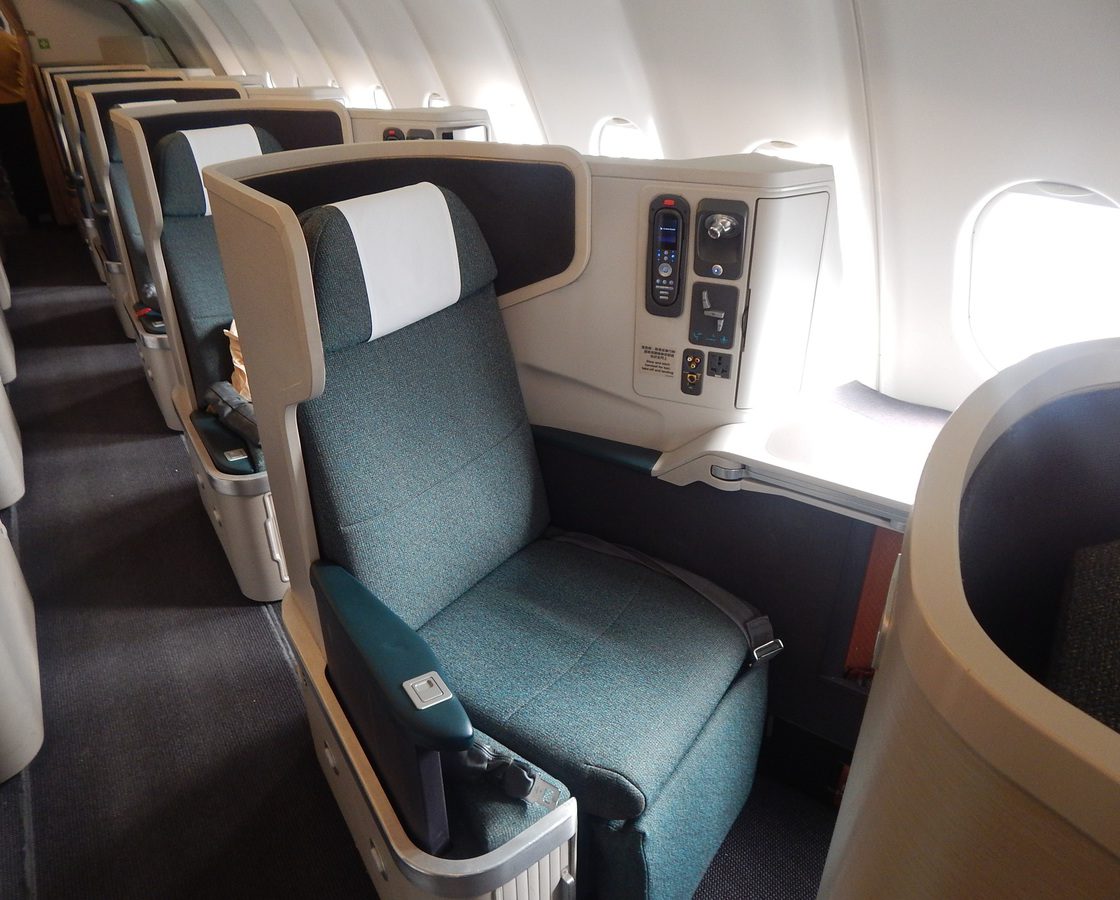 The first time you consider flying in business class it may seem like all you need to do is book a flight, and choose the class of seat you want to sit in. As long as there’s a seat available, you should be able to relax in luxury sipping cocktails… right? And you’d be right, kind of.

Your ticket to concocting cocktails in class

So… you want to fly in style, do you? Concocting cocktails in business class could be your ticket to escaping increasingly cramped economy class, correct? Well, yes… and also no. The reality of the matter is, once you start to look into the variety of seating classes, the more confusing it gets.

You may have had conversations with frequent flyers who seem very specific about the kind of flight they’re taking. They use terms like hard and soft product and seem to know the specific airplane model variations better than a car fanatic who can tell you the exact differences between trim levels of a car of a specific model year.

Does it matter which plane you fly on?

To the average economy class flyer, it may seem like too much information looking up the kind of plane you’re flying on. After all, you don’t look up the kind of taxi your driver has… and most people don’t care if they’re on an N700S or an E5 series train on a Japanese bullet train, so why does it matter that you’re flying on a 747-400 or a 747-8? Do you really need to care if you’re on a 787-8 or 787-9? Isn’t knowing the aircraft you’re flying on just a little too specific? Isn’t that information just for aviation geeks who just love airplanes? Should I stop asking rhetorical questions?

To most flyers, details like the plane type don’t really matter that much, partly because there really isn’t a whole lot of difference when you’re seated. For the most part, as a traveller, the kind of plane you’re flying on matters more to the pilot and crew than the passenger.

There are some exceptions, like the obvious difference between flying on a narrow-body vs. wide-body ( 1 or 2 aisles ), flying on a jumbo-class double-decker (Boeing 747 or Airbus A350) but even then, the actual differences in economy once you sit down aren’t that huge. Slightly more leg room, slightly wider seat, slightly better IFE (In-flight entertainment). It’s still cramped, still a row of cramped seats and really, the only difference is if you get stuck in the last seat that doesn’t recline or the first row that has no one in front of you (which is usually an upgrade, anyhow)

On any given plane, business class will be a better experience than economy. However, the variance between business classes on different planes, can be stark. One one hand you could have the Air Canada Rouge Business Class. Air Canada Rouge flies 767s. The product is pleasant, with wider seats and more space, but there’s nothing special about it. In fact you could probably compare it to some airlines and their economy plus product. There’s no in-flight entertainment, thought apparently iPads are handed out to anyone flying in business class.

On the other hand, you have the mainline carrier, Air Canada and their business class pods on their 787s and 777s.

Obviously the product is going to be different on these two products. The pods are lie-flat beds and staffed by experienced Air Canada flight attendants. They’re more comfortable and you have a bed in the sky.

You will no doubt be more comfortable on the 787 in a pod than on the reclining seats of a 767. Of course, the Air Canada rouge product will be priced lower. However, in many cases if you’re booking flights on points, it will be the same number of points for both flights. That’s why it’s important to know the aircraft you’re flying on before booking your seats. You don’t need to know all the details, but have a general idea.

Also it’s a good idea to have an idea of the services levels of different airlines. There’s a big difference between Singapore Airlines (in first, business, and economy) than Air China and their business class product. Personally, I’d probably choose Singapore in economy over Air China in business class if i had the choice, especially if it means shelling out more or fewer points. I considered the airlines I was travelling on when booking my mini round-the-world flight to Japan a while ago. That’s why I’m flying with EVA, Singapore, Turkish, Swiss, and Air Canada. And in the case of Swiss, I’m flying on their brand new 787-10 plane, which is a great plane in business AND economy.

In short, sometimes it’s not worth wasting your points on a business class redemptions if the product is going to be an Air Canada Rouge 767. Just save your points for something nicer and book an economy ticket, It will be by the far the better value.